People painting the landscape is the publication that accompanies the candidature with the aim of making visible the concepts that are implicit in the territory, from that which is general to the specific, and from the geographical framework to its inhabitants.

The aim is to show the outstanding values of this space through photographs and texts by outstanding authors and to accompany the Form with a graphic and literary synthesis of its attributes.

The covers (people blackened by the Bear of Salcedo carnival in A Pobra do Brollón) and the title reflect the essence of the concept of Cultural Landscape included in the World Heritage Convention: the joint action of men and women with nature, because without people we would not have this landscape.” 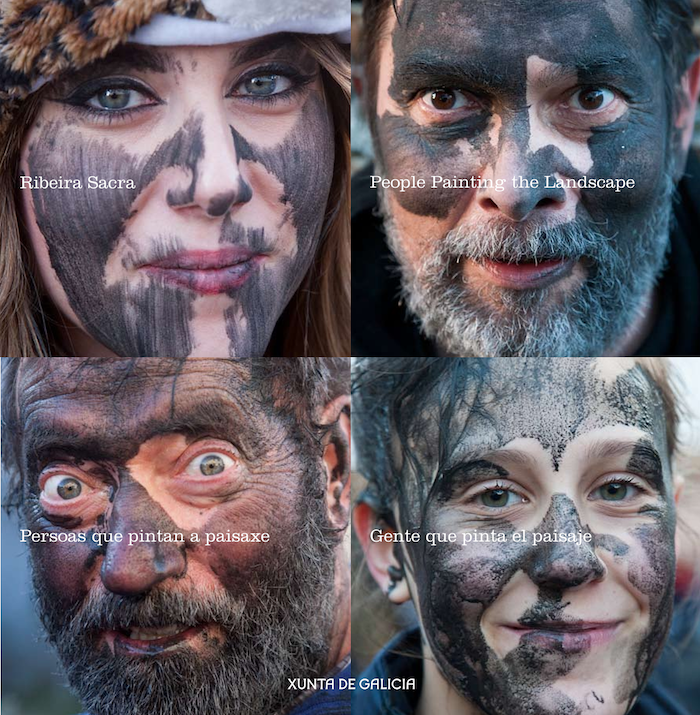 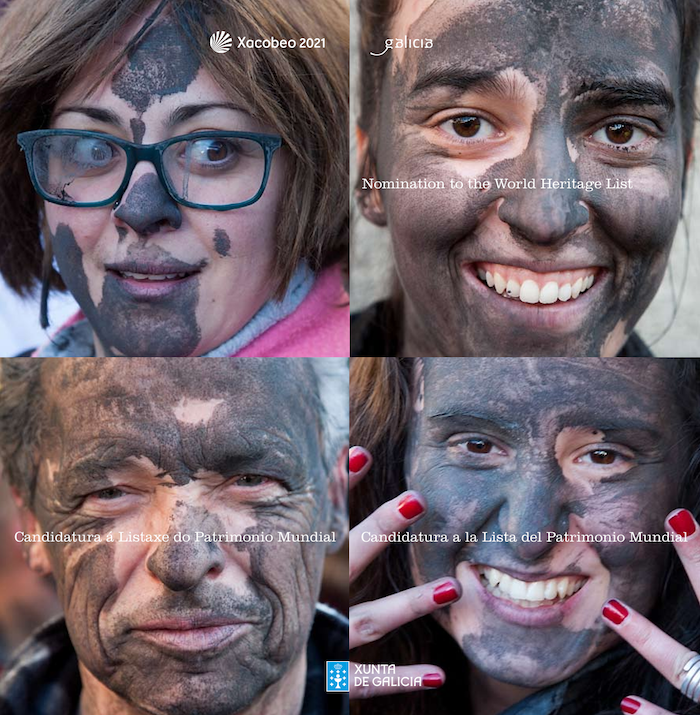