This is the largest component of Ribeira Sacra and includes the entrenched valleys of the rivers Miño and Sil and their tributaries. In it are located the main attributes that define the Universal and Outstanding Value of the Property such as the socalcos that ascend the slope and constructions such as the necropolis of Barxacova, the monasteries of Abeleda, San Cristina, Santo Estevo de Ribas de Sil and Pombeiro as well as Ribas de Miño, Diomondi, Atán, Pesqueiras, A Cova and Chouzán or churches such as Santa María de Nogueira. 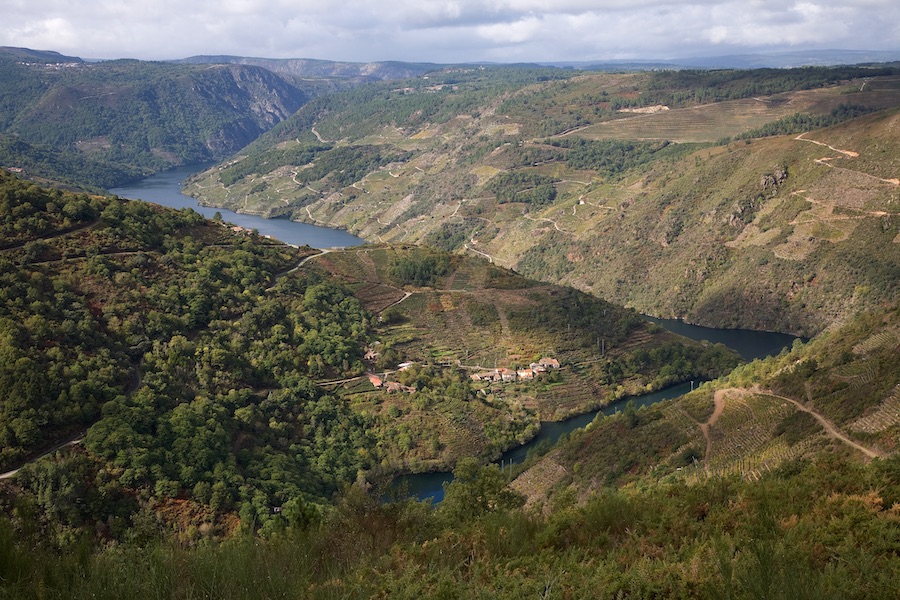 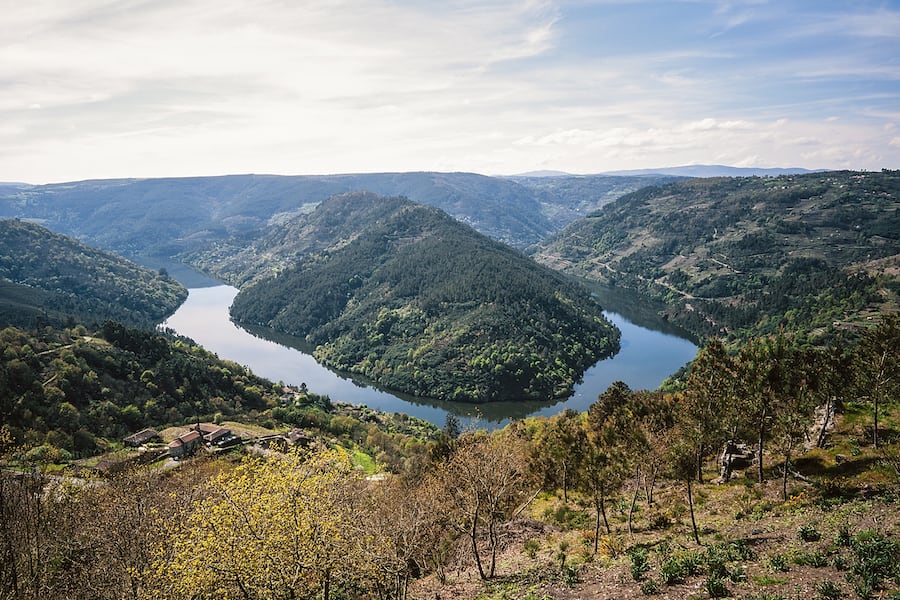 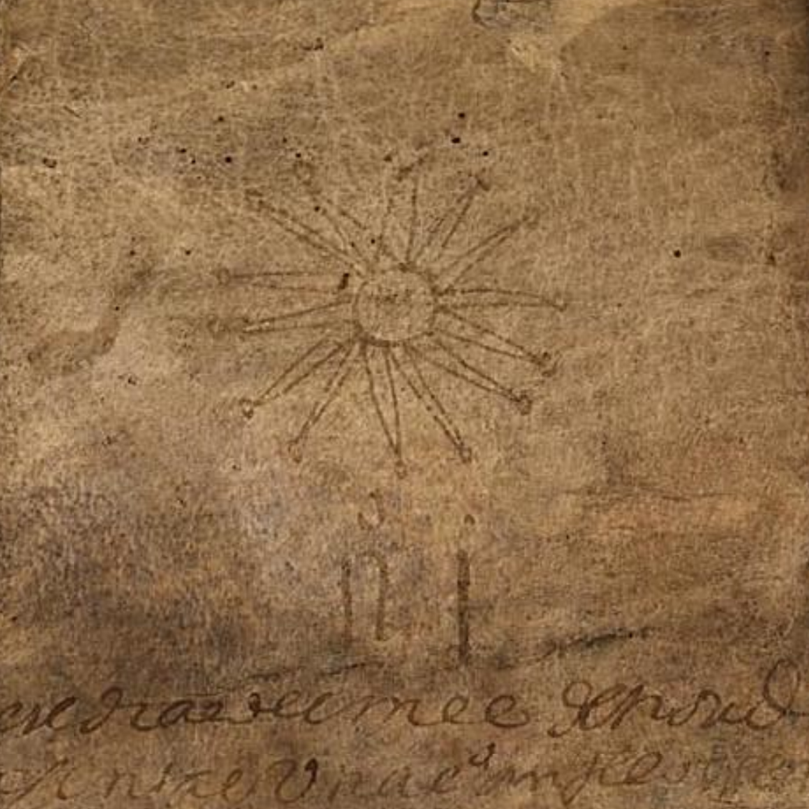 Details of the donation document that Dona Teresa of Portugal made to the monastery of Montederramo in 1124 where a sun and the Chrismon can be seen with the intersection of the Greek letters X (Chi) and R(Rho), and A(alpha) and W (omega) which means beginning and end. In other words, Christ is the beginning and the end of the world. 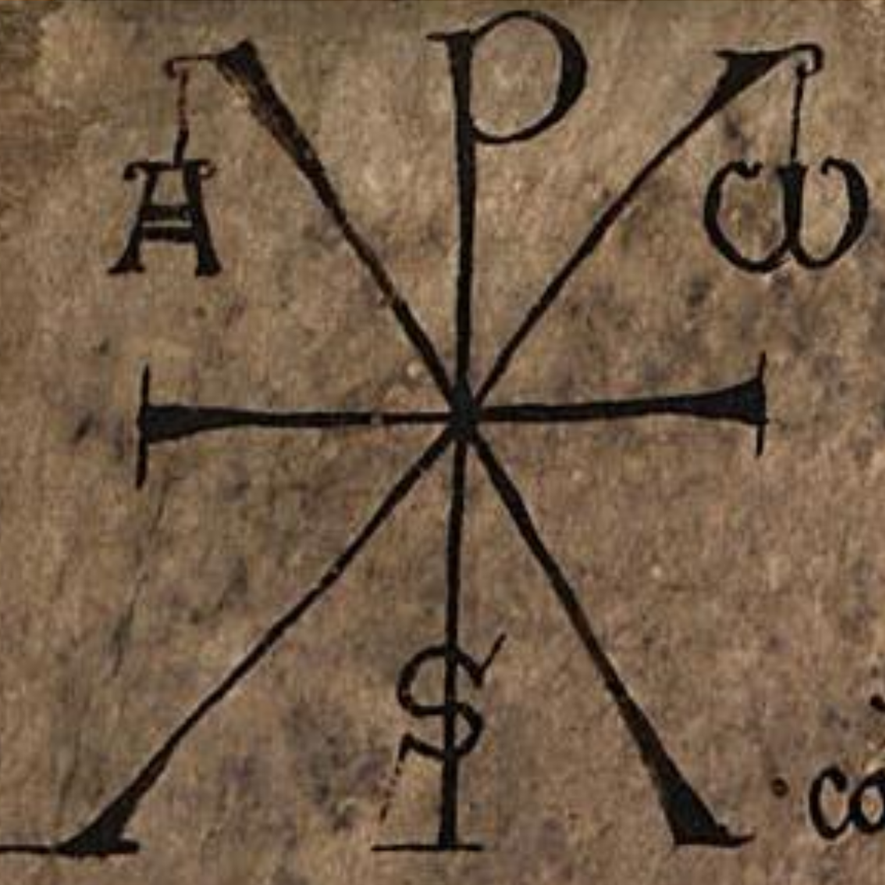 Centred on the monastery of San Pedro, it is the oldest documented testimony of the foundation of an abbey in western Europe, a fact that took place in 573, when Witimer was bishop of Ourense -according to the consecration stone that is in the Archaeological Museum of Ourense-. Furthermore, it is the only monastery from the Swabian period that is still standing. It is a hypogeum temple with three naves, excavated in the rock, which combines shapes inspired by the monasteries of Cappadocia. 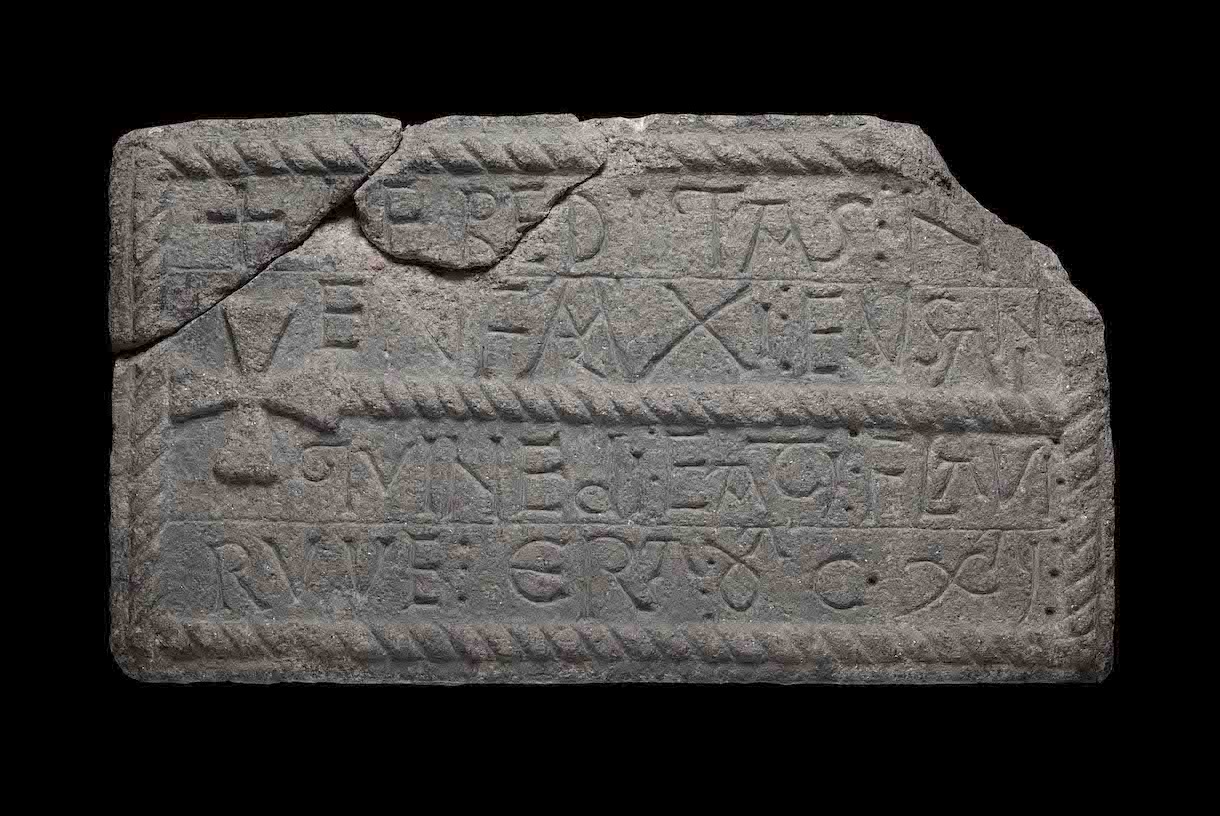 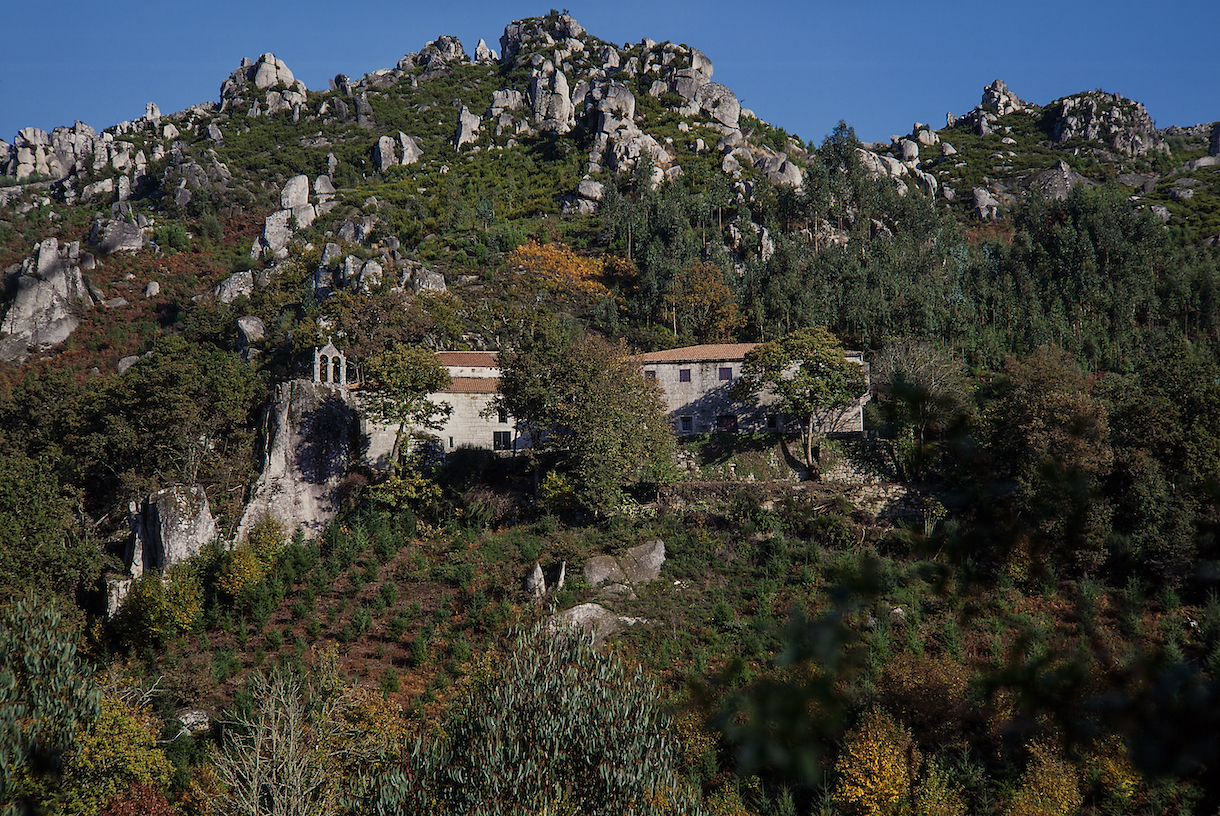 Fragment of the donation of Dona Teresa de Portugal (1124), in which the first reference to the sacred oak Revoyra Sacrata appears.

Centred on the Cistercian monastery of Santa María, which gave its name to the territory of Ribeira Sacra when the Infanta Dona Teresa of Portugal donated a sacred oak grove (Revoyra Sacrata) in 1124 for its foundation. In the 16th century, Father Yepes reinterpreted the term as a sacred bank consecrated by the high concentration of monasteries, churches and chapels located on the banks of the rivers Miño and Sil. Montederramo symbolises the evolution from the hermitages to the great abbeys. 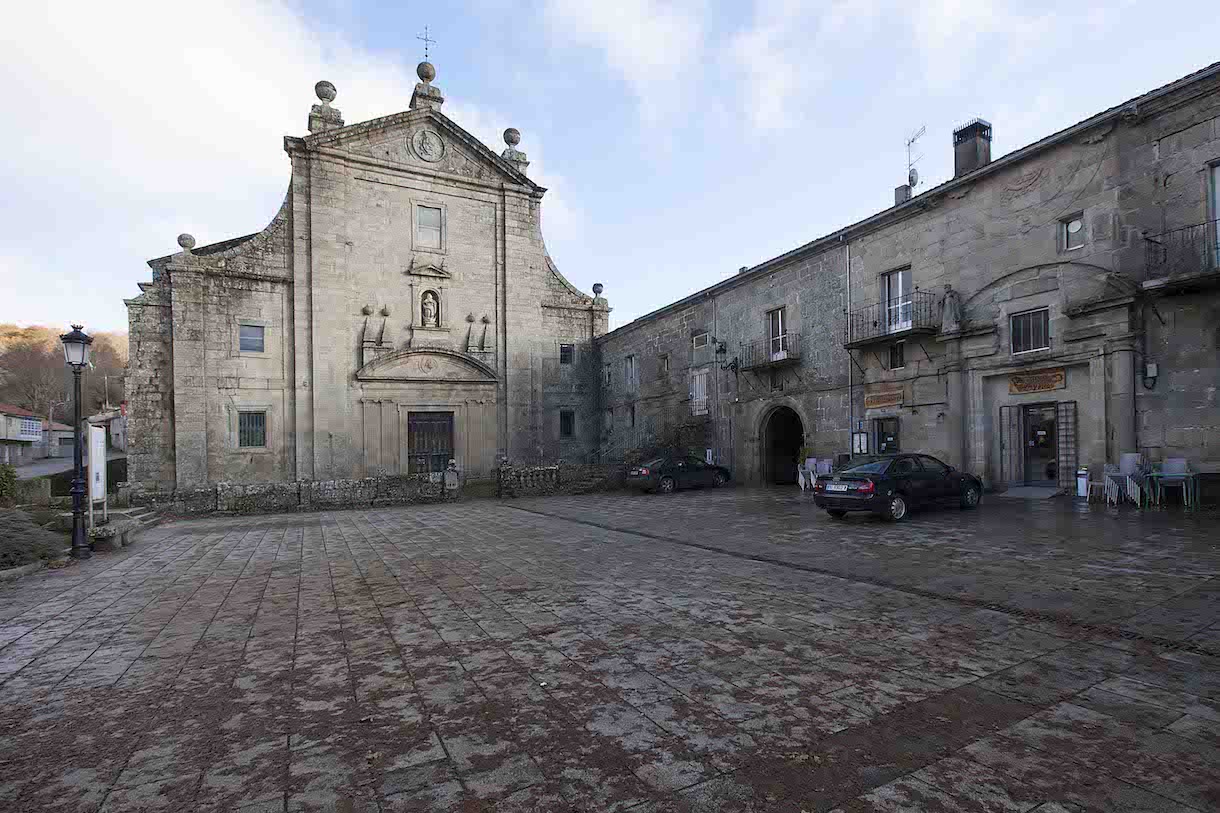 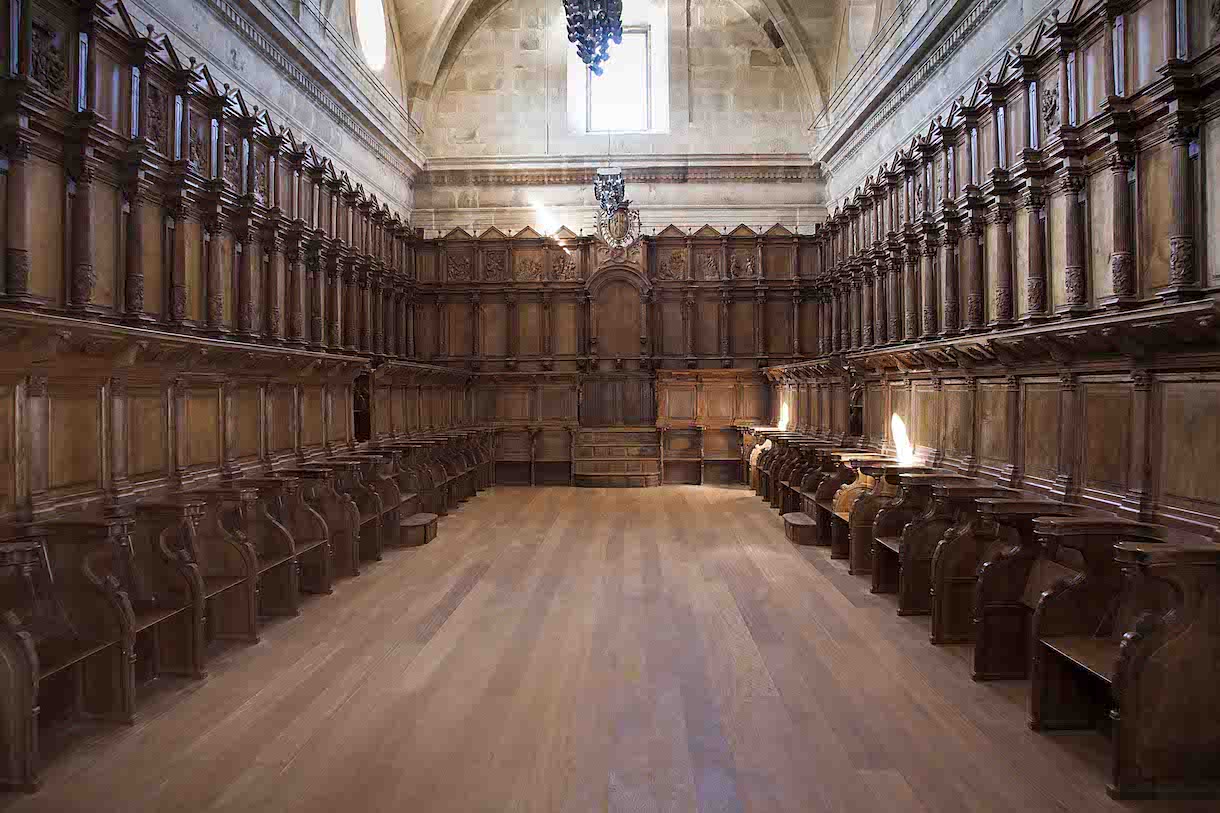 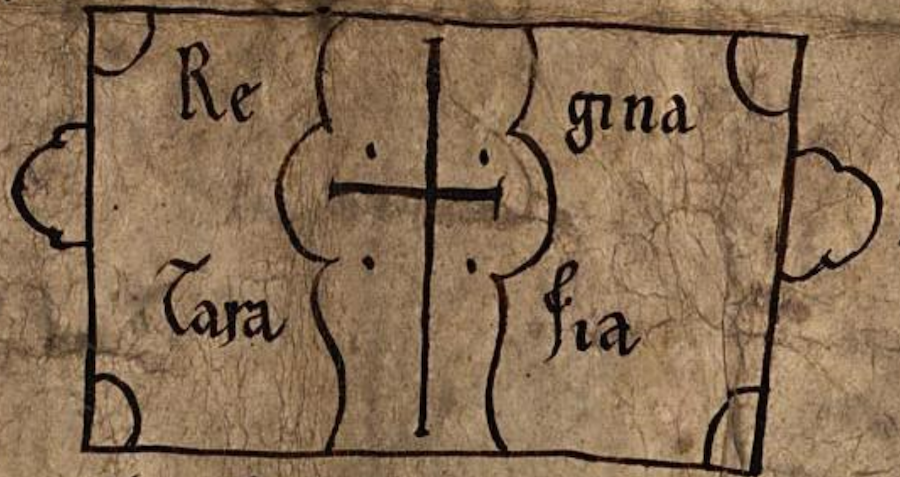 Signature of Dona Teresa de Portugal on the donation document of 1124.

Centred on the monastery of Santa María, it is the only one of the great monastic concentration that existed throughout this territory that continues to maintain religious life from the time of its foundation in the 10th century to the present day. Its walls amass more than a thousand years of history, to become an exceptional example of the architectural evolution of a Cistercian complex with exceptional elements such as the church or the Pazo das Donas that make it a unique property. 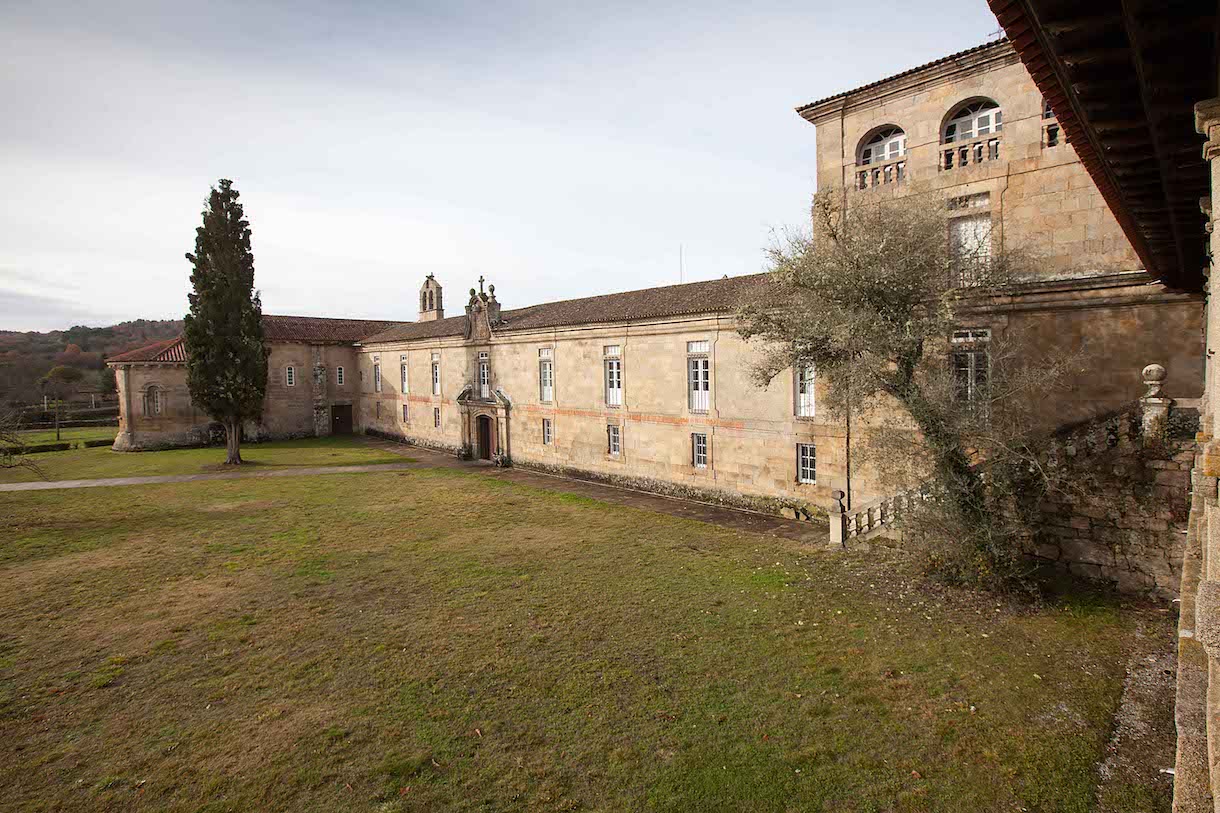